Cheyanne Ratnam Is A Successful Social Entrepreneur And Survivor Of Sexual Abuse, Suicidality And Homelessness

“Family is not just biological. I am blessed to have biological family but also so many siblings from the child welfare system as well as parental figures. I have a Jamaican mom who has loved me since I was 14. I have a French mom figure and a Jewish dad figure. I had a different upbringing from most Tamil people.” Cheyanne Ratnam is passionate about equity and developing inclusive and accessible spaces and processes. She has dedicated much of her time and expertise in child welfare and homelessness. She is the Co-founder and Executive Lead of the Ontario Children’s Advancement Coalition. Cheyanne went from experiencing suicidality in grade 5 to homelessness to child welfare to experiencing violent relationships, to still somehow coming up above the water. She is an Expert In Residence with CWLC and is an advocate for Childhood Sexual Abuse and GBV/IPV – being a survivor of both. She is also an independent consultant, engagement specialist, personal development coach, capacity builder, media commentator, public speaker, ambassador of the CAFdn, and partakes in various communities through volunteerism. In 2016, she received the ‘One To Watch’ Alumni Award, one of the highest accolades awarded by her alma mater. In 2017, was recognized by the United Way of Greater Toronto as 1 of 3 Womxn who inspire for International Wom*n’s Day.

I find the work you’re doing with the Ontario Children’s Advancement Coalition (OCAC) very inspiring.  What made you start this organization?

Coming to Canada as Yalpanum Thamizh peoples is already a complex narrative due to the losses, violence and grief that our communities have faced. These experiences can manifest into tensions, within homes in new countries, as well as mental health needs not being met. My mom is the strongest person I know and she raised me on her own until I was about 13. Growing up with this identity and diaspora-focused complexity was one thing, but I am also a survivor of childhood trauma and childhood sexual abuse which was never addressed adequately. This led me to needing respite from the community and my home.

At around 13, I ended up basically being raised by the West Indian community, more specifically the Guyanese Community. I was on the homelessness spectrum couch-surfing and found any reason to be out of the home, and community, because I did not feel safe in it. Shortly after I entered the child welfare system and grew up in the child welfare system. My various identities and lived expertise made me want to be a person who created waves, strengthened tides, and fueled impact in things that were, and are, problematic in the system. Since I was younger I have been involved in raising awareness, strengthening my understanding about what allyship means in different contexts in juxtaposition with diverse intersectionalities.

I would say that, from a young age, I always felt like I would be a social entrepreneur – a social impact maker. I have founded and managed/led different initiatives in child welfare, homelessness, and built credibility in these systems. Everything that I have done were steps toward eventually developing a non-profit. In 2018, the provincial government had plans to shut down the Office of the Provincial Advocate for Children and Youth and this was negatively impacting multiple communities that were engaged and/or supported by this Independent office of the legislature. The negative impact included grief. As a response I messaged a couple of people, who were lived experts, to have a debrief and grieve together; another ally was doing similar and we partnered to make this happen. We ended up in the basement of a community organization and shared our grief, and then I spoke about next steps and what we could do about this. The initial group of about 15 people dwindled down to a core group of about 6 or 7, and we ended up on the lawn of the legislature for a rally.  We partnered with an allied politician and a local university to hold a press-conference in the legislature. The day was amazing. Many people showed up in the cold (it was around November) and we invited all parties to speak at the event as well. It was a show of solidarity and passion. I remember myself and two of the core team members worked through the night planning this – with myself personally having a couple of sleepless nights to plan everything.

After the event was done, we thought, “Ok, we did what we could do and we were great”. Later community members were questioning what happened to the group and at that point I thought, “OK, this needs to become something”. In 2020 we became incorporated as a non-profit and every year since 2018 we have been doing important activities, and continue to do so. This year we signed a contract with the Ministry of Children, Community, and Social Services along with a partnered organization and trustee organization to do systemic work in the province of Ontario.

What are a few challenges you’ve experienced setting up the organization?

A couple of the issues that I experienced setting up the organization was the time it took, and going through the organic process of figuring out who the core members would be. Often times, for grassroots organizations, this happens organically. Once we figured this out, we needed to figure out some legal items, which we were privileged to have pro-bono legal support. Everything else after that was history.

I noticed that in addition to the OCAC, you have a few other roles as a consultant.  Why is that?

I hold multiple hats. I have my own independent consulting and services business.  I am a public speaker delivering speaker services, workshops, and do consults regarding Diversity, Inclusion, Equity.  Additionally, I do focus on youth engagement, lived expert engagement, and consults about subjects I have expertise on re: child welfare, homelessness, etc. I am a brand. Since I was a child in elementary school, I understood that I needed to build myself into a brand. I wanted to become a name that people thought about as an innovator, leader, expert, and go-to person for different subjects. I also work at the Mosaic Institute as the Events and Outreach Coordinator where my services previously include supporting curriculum development for high school students and educators, as prsently include curating digital learning events which occur on a monthly basis around different priority topics such as trauma informed practice, anti-black racism in education, Indigenous peoples, etc. I also supervise Junior fellows who are high school students with that work.

I serve on the Board of the Children’s Aid Society of Toronto as 2nd Vice-Chair – Diversity Equity and Inclusion Board lead, a member of the Equity and Inclusion Council of the Children’s Aid Foundation of Canada (CAFdn), on the board of Scarborough West Community Legal Clinic and serve on the Association of Community Legal Clinics of Ontario’s Race-Equity Working Group, a By Youth For Youth Advisor at the Housing Outreach Project (Collaborative, and Engagement Specialist Consultant with a Making The Shift project which is in the homelessness sector). I am also an Expert In Residence with the Child Welfare League of Canada and I am also an advocate regarding childhood sexual abuse, gender based violence, and violence against wom*n – I am a survivor of all mentioned. I am the provincial representative on the National Council of Youth in Care Advocates, a Core Steering Committee member of the Canadian Lived Experience Leadership Network, and now serve on the Canadian Consortium on Child & Youth Trauma Community Advisory Committee.

As a Tamil individual I am passionate about our beautiful community, and being engaged with our community was a goal of mine. I am an advisor to both ISEE Initiative (Tamil organization regarding Domestic Violence) and Kudai Centre (a grassroots initiative that wants to support young girls experiencing housing instability or access to respite and safety in our community).

Beyond the above, I also do one-to-one motivational coaching, and have been a media commentator, public speaker and a long term ambassador of the Children’s Aid Foundation of Canada.

All of this work is part of my passion to be a meaningful addition to different systems.  All of my involvement are due to my own feeling of responsibility and accountability to make sure that future young people do not face the barriers, traumas, oppression, and violence that myself and others have faced. 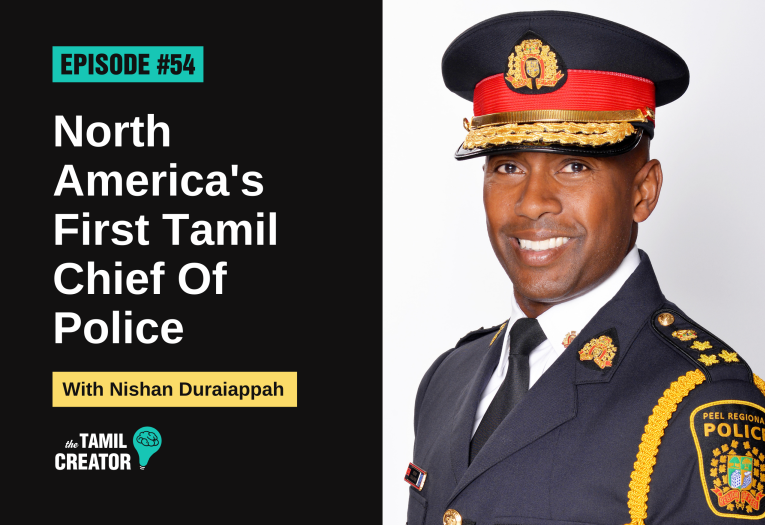 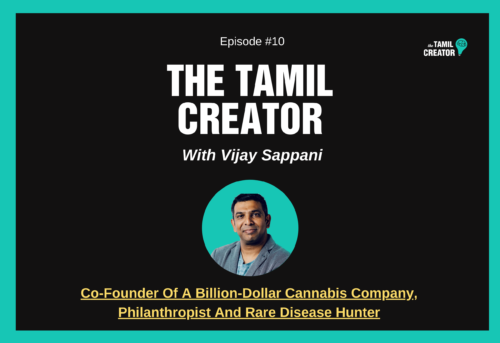 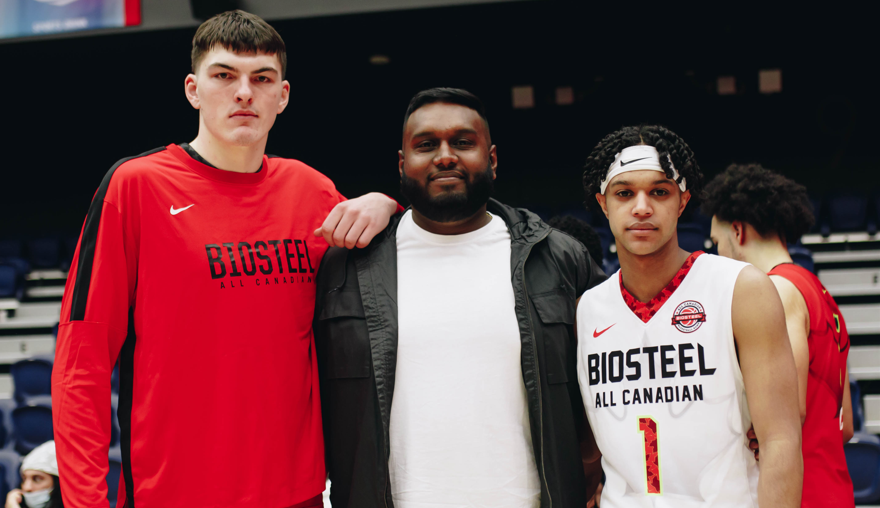 Driven By His Childhood In Flemingdon Park, Kavishan Pathmanathan Helped Create The First Prep Basketball Program In Canada To Send A Student Athlete Straight To The NBA G-League Ignite Team ... 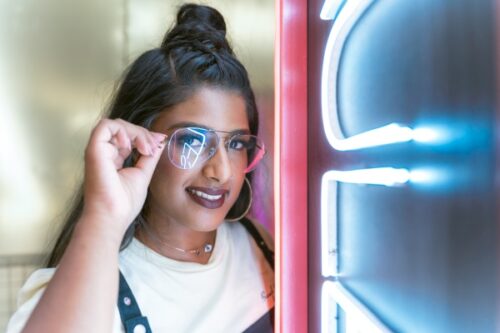