Boston-Based Suba Suntharalingam Overcomes Challenges As An Immigrant To Start Non-Profit Providing Opportunities For The Wounded, Widows and Orphans of War In Sri Lanka

Tell us more about “NOW-WOW”(http://www.nowwow.org/), why you started the organization and the impact that it has had.

When I got involved in the post-2009 Tamil Diaspora political activities, I had the opportunity to mingle with many other like minded individuals from all over the world who were likewise committed to serve our homeland at a time when there was a lot of need. One common thread amongst the various organizations arose: “Something needed to be done here and now about our people whose family lives and livelihood has been thrown into shambles”.

At the end of the war, there were more than 90,000 young war-widows. There simply didn’t exist any opportunity for them for earning a living.  And, then, far outnumbering these widows were the number of young orphans who couldn’t visualize a normal future for themselves at all. The school facilities were lacking in every which way. The lack of school supplies, no doubt due to their systemic poverty, was eating away the meager opportunities that existed for these kids to grow up like any other normal kid with at least a basic foundation in education. Needless to say that the nuclear family having evaporated in most cases, prevention of semi-starvation rather than ensuring nutritional adequacy became the preoccupation in everyone’s minds. It was obvious that a whole new generation was going to grow up away from the rudiments of civilized life without ever knowing or feeling the need to interact on par with the rest of the world.

The case of the wounded and permanently disabled who needed medical care presented itself there in astounding numbers too. There were many who needed help with medication. Many others needed help with their prosthetics and orthotics. There were many more that would need advanced kinds of treatments. Increasing frequency of suicide reports from there underlined the fact that the number of clienteles in need of psychiatric care and psychological counseling would be very daunting to handle.

On the social side, theft and robbery were slowly replacing respect for private property as the new norms of Vanni existence. Murder and violence were increasingly becoming the new mechanism for dispute settlement there. Incidences of sexual violence that was once an infrequent occurance due to fears of harsh punishments became more prevalent. Despite foreign aid for reconstruction sent by the international community, meaningful impact on the local economy and improvement of these societal challenges did not change. It was obvious that despite the good intentions of the international community, family life was disintegrating before everyones’ eyes. It had been subjected to social, psychological and financial stress beyond the point of endurance. The social fabric that held a community together was coming apart in bits and pieces.

The dire situation did make us despondent even though some of it was expected as the inevitable consequence of the brutal war. But it gave some of us food for thought also. Have we got our priorities set right? Would there be a land to rescue if we stick to our agenda as agreed now and the people are all gone? We understood clearly that the problem was so immense that no matter whatever we did, we couldn’t make a big enough dent on it.  Cluelessness would be an appropriate term here to discuss our dilemma, because most were lay people, who had neither the political experience nor a societal vision. So when NOWWOW was formulated with enthusiasm, eagerness and dedication – these would form the only avenue that we were prepared to bring into this new, challenging yet unfamiliar venture. We could never become an adequate substitute or something complementary to what the international organizations were already doing.  Yet, we were committed to do whatever it takes to make a dent in the status quo, even if the impact was going to be a minuscule one. I have to stress here that we had one advantage over all of these international NGO’s.

NOW WOW is a 501(3)C registered organization in the United States. For a start, we worked with a targeted group of the worst affected young mothers with children. We would help them to find self-sustenance, one woman at a time. Our service, which started in small has made a difference in the lives of hundreds of people over the years. We focus on 4 elements of activities and made a difference on the war affected Tamil people in North and East of Sri lanka.

Tell us about what life was like for you to go from Sri Lanka and your journey here to Boston.

I was born in a village called Annaicottai, where I grew up with my brothers. My father was an accountant with a small hardware shop and my mother was a housewife. Our house had no electricity and I grew up studying in a kerosene lamp. I started my education at Annaicottai Bala Subramaniya Vidyasaalai, studied at Manipay Ladies College and completed my bachelor’s degree in Chemistry at University of Jaffna.

During my lifetime in Sri Lanka, the occupation of Sri Lankan Army and Indian Army were high.  The days of hiding in our ‘L’ shape bunker, when the fighter jet arrives, the early morning dog-barking noises and my parents’ daily struggle to save my brothers and me from the Sri Lankan armies are unforgettable. When the Indian Army arrived in Kallundai – கல்லுண்டாய் வெளி, the sound of artillery shells passing through our house, the sound of gunfire and falling the artillery shells on our house were terrifying. We were living in a makeshift refugee camp – the Muthanayanar hindu temple for 3 months with limited meals and toilet facilities.

As soon as I completed my bachelor’s degree, my parents had arranged my marriage aboard and sent me to Boston, USA. I came to Boston, leaving my entire family and the only world I knew behind in hopes of restarting a new path in my life. Even though I completed my university studies in English, I did not have practise speaking in English – a very common struggle for many of us educated in the British Commonwealth. I remember my first work interview at a department store. The manager asked me “tell me about yourself”, I did not understand what he said and was not able to respond to him. The accent, culture and environments were not familiar to me. So, I just smiled,  and of course did not get the job. So to get familiar with English, I started to watch TV and prepared a little bit so I can attend the next interview at a bank. I finally landed a clerical position for 3 months, and while working there I started looking for positions in the field of chemistry.

I started a post bachelor certificate course at Northeastern University, Boston and got a job at a teaching hospital as a Lab Assistant. I worked hard to get my license as Clinical Laboratory Scientist in chemistry and was promoted to Medical technologist, pathology team leader, and chemistry lab supervisor. At the same time my daughters were growing up and I faced many challenges in my personal life which I battled with. Now that I think back, although Tamil culture and community are great at many things – we have a long way to go in truly looking at women as equal to men and providing support mechanisms and a community to help Tamil women move passed the struggles of their personal lives. I was very fortunate to have my parents and brothers who stood by me – not every woman is that lucky.

How do you manage your time between running “NOW-WOW”, being a single mother of 2 kids while having a full-time job as a Chemistry Lab supervisor at one of Boston’s most prestigious hospitals?

When my daughters were younger, I worked part-time so I can focus on my family. As my children got older, I was able to return to the workforce full-time. When we founded NOW-WOW, my daughters were teenagers so it was a different type of time management. I believe time management is important to be successful, but at the same times I had to give 100% to my daughters, my job and NOW-WOW, so I worked many long hours. In financial tough times, I remember taking really difficult 16 hour shifts then coming home and cooking food for my kids or helping with activities in the Boston Tamil community.

When  I commit to something, I get it done even if it means I need to sacrifice my sleep to get it completed. I believe I was able to achieve a lot because I forced myself to be organized and disciplined. Knowing what I was doing had an positive impact on widows and children just gave me is sense of purpose and energy to push past tough times. 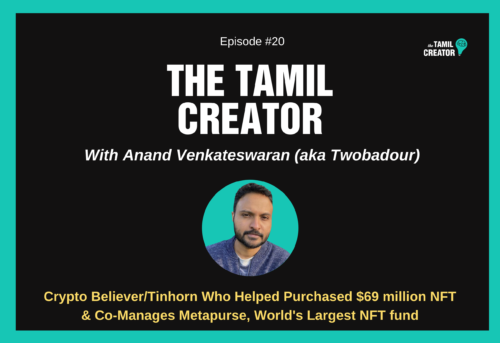 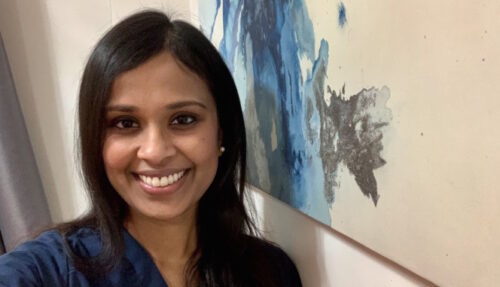 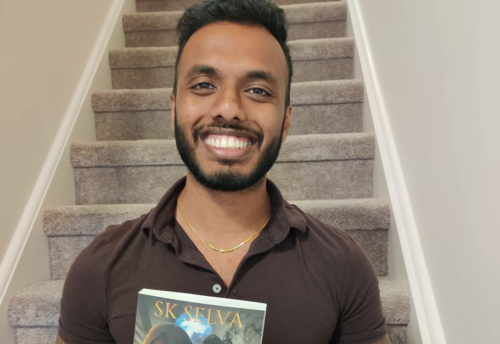